The New York flat of the artist Arleen Schloss saw, from October 1979 onwards, the experiments of an improbable tribe between no wave, sound poetry and visual arts. These were Wednesdays at A’s, whose hybrid and radical programme filled the loft at 330 Broome Street every week for eighteen months with concerts, performances, readings or exhibitions, always driven by a festive demand.

To announce the events, dozens of flyers are made on the photocopier by invited artists and friends. Drawings, collages, détournements, typographical games and handwritten annotations thus populate a colourful set of traces destined to be ephemeral, although already somewhat fetishised by the protagonists. These flyers tell the story of the Wednesdays at A’s adventure in chronological order, just as they bear witness to the preoccupations of a fertile period when bodies and machines met, beyond genres and disciplines, in a city on the brink of bankruptcy.

Baptiste Brévart and Guillaume Ettlinger met Arleen Schloss in New York in 2011. Together they began an archaeological study of this evanescent memory and collected a large number of exceptional and unpublished documents. With the valuable contribution of Pauline Chevalier and Guillaume Loizillon, they retrace a parallel history of the arts in New York in the 1980s. 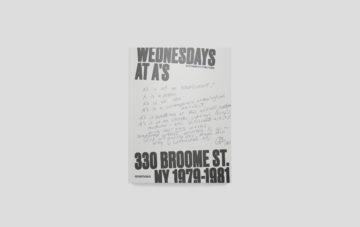 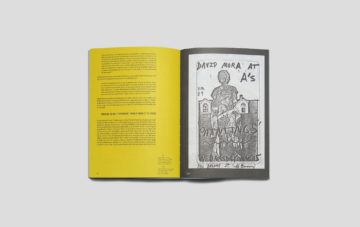 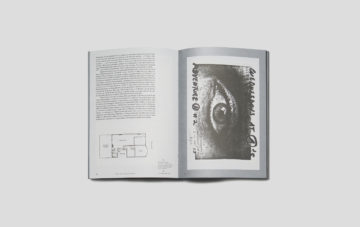