From the ﬁrst day of conﬁnement ensuing the outbreak of the Covid-19 epidemic, Antoine d’Agata roamed the streets of Paris with a thermal camera to record, in his own unique way, the viral epidemic that turned the city into a strange theatre of wandering souls, bowed heads and ﬂeeing bodies. Initially attracted by the way in which the thermodynamic device records the various infrared rays (heat waves) emitted by bodies, which vary according to their temperature, the artist was soon fascinated by a process that reduces human subjects to essential ﬁgures, devoid of superﬂuous characteristics or speciﬁcities.

Living and working for two months out of the Paris ofﬁce of the Magnum Photos agency and gallery, he used the thermal technique to document the impregnation of the deserted city existing under conﬁnement: a city plunged into silence, traversed by bodies with stereotypical attitudes, inhabited above all by the homeless who appear – in these images – as the last truly living and resistant bodies, austere and ﬂame-tinged compositions offering an alternative and dystopian vision of the emptying streets. 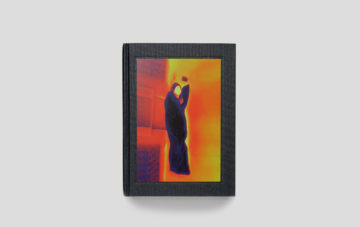 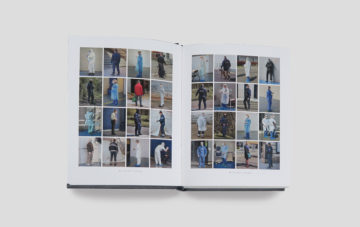